In September, the World Wide Web Foundation published the first version of the Open Data Index. It is part of the Web Index, which measures topics such as communications infrastructure, policy, content availability, use of social networks, business use, freedom of speech and e-participation, based on over 80 indicators.

14 of those 80 indicators look at open data:

These are the results for the first year: 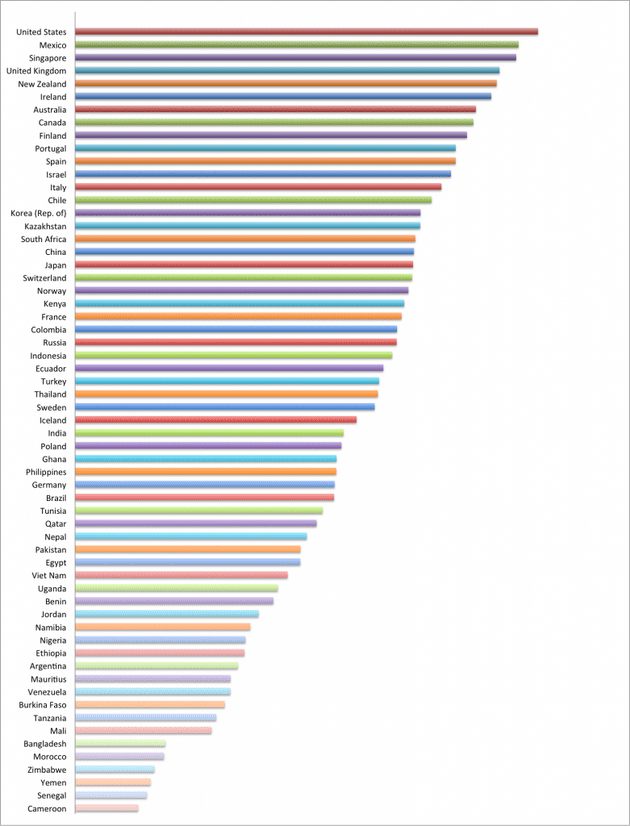 The results and methodology of the study have been severely criticised by some Spanish organisations, who felt that Spain was wrongly portrayed as a leader in open data. They complained about how the results were based on perception of only one person. In fact, the Web Foundation based its findings on a combination of existing data from other sources and a questionnaire for experts in each country.

While an in depth comment on the study and the indicators would require a more thorough review, some first thoughts on the survey: